skip to main | skip to sidebar

The AL prediction and the impact: Kosovo and the Conflict Georgia-Russia

The prediction that had been made in my Liber Solutionis has come to a realization.
Thelema is not a belief-system, it is a system of do-ing and proof-ing.

Based on the solution of the key words of AL - Khabs and Khu, the new key formula was revealed. It was: KOSOVO. This key, as with Khabs and Khu, was cabbalistically tested and properly explained in the book named The Book of the Keys (attached to this blog).
KOSOVO is the formula of the expansion of AL's Power throughout the world.

Thus, KOSOVO was just a trigger. Now, we have conflict in Georgia / South Ossetia. Tomorrow...?

I am the warrior Lord of the Forties: the Eighties cower before me, & are abased. I will bring you to victory & joy; I will be at your arms in battle & ye shall delight to slay. Success is your proof; courage is your armour; go on, go on, in my strength, & ye shall turn not back for any!

There are many analytical political articles on the net that recognize this connection between Kosovo crisis on the Balkans and this current Georgian crisis.
Here are only a few of the most illustrative ones and their links:

Russian forces invaded Georgia on Aug. 10, a day after seizing control over separatist South Ossetia from Georgia. Russia’s military reaction came after Georgia launched a surprise attack on South Ossetia on Aug. 8. South Ossetia has a large, Russia-loyal ethnic population and has had ongoing tensions with Georgia.

Moscow argues that while it pulled back its troops from eastern Europe and allowed American forces into central Asia to fight in Afghanistan, the Americans have been invading its traditional sphere of influence.

“It’s a very emotional issue,” said a western diplomat. “Most Russians, not just the Kremlin, see Georgia as part of their world and take the fact that most Georgians aspire to join Nato as an act of betrayal. Add the paranoia about the West wanting a weak Russia and conspiring to encircle it and you have an explosive situation. On the other hand, Georgians clearly aspire to closer relations with the West because they fear Russia.”

Saakashvili has long vowed to bring South Ossetia and Abkhazia, another pro-Russian separatist region flanking the Black Sea, back under Tbilisi’s control. His populist pledge is supported by most Georgians. “Georgia is nothing without Abkhazia and South Ossetia,” said Levan, a Georgian trapped in Gori when the Russians moved in last week.

The stakes were raised this year when Kosovo gained independence, prompting Putin to increase support for Georgia’s breakaway republics. That came as an increasingly bullish Saakashvili prepared an assault to retake parts of Abkhazia. Western diplomatic sources last week revealed that in early May, Washington had put frantic pressure on the Georgian leader to stop him launching military operations.

“They only just managed to stop him,” said a source.

International law is not much help in sorting out what should happen with breakaways either. Ask an international lawyer, or someone who supports one breakaway case or another, and soon it is clear: Two principles -- self-determination and the right of a nation to its territorial integrity -- stand in conflict. Court rulings on them cannot be enforced anyway. In 1975, the International Court of Justice ruled that the people of the former Spanish colony of Western Sahara, which had been occupied by Morocco in the same year, had the right to self-determination. They are still waiting to exercise that right, still occupied by Morocco.


The situation with Kosovo, which declared independence from Serbia on Feb. 17, is similar to the current one, especially from the point of view of international law. Kosovo was a province within Serbia in the old Yugoslavia, just as Abkhazia and South Ossetia were autonomous parts of Soviet Georgia. So, argues Serbia (with the support of Russia), the "provincial" Kosovars should not have the same right of self-determination as the old Yugoslav or Soviet republics.

But the Kosovars (90% of whom are now ethnic Albanians), like the Ossetians and Abkhaz, assert that they have the right to rule themselves. Serbia conquered Kosovo in 1912. But when regions were reshuffled after World War II, no one asked the Kosovo Albanians if they wanted once again to be part of Serbia and Yugoslavia. Clearly, they would have said that they did not.

The U.S. backed the right of the Albanians to self-determination and in 1999 led NATO in a 78-day bombing campaign against Serbia during the Kosovo war.

In Georgia, however, the politics of Kosovo have been turned on their head. The U.S. supports Georgia's territorial integrity while Russia bombs it on behalf of separatists. And Russia is mustering the same arguments in support of Abkhaz separatists as the U.S. did in support of an independent Kosovo.

Some editorialists have argued that Kosovo's independence has set a precedent that Moscow is now following. They seem to me to be obscuring the point and confusing the issue for ordinary readers. The simple truth is that whatever the rules, the (contested) laws and indeed the rights or wrongs of the issue, might makes right.

Indeed, Bosko Jaksic, a Serbian commentator writing in the daily Politika on Aug. 11, has it exactly to the point. "It is high time we finally understood that the mighty do as they please and the small do as they must." Politicians, he says, "can continue their debate as to whether Kosovo has set a precedent or not, but it turns out that realpolitik has its own rules." That may be a shame but, as the events of the last 10 days have shown, it also is starkly true.

When Western powers in February gave their blessing to the independence of the Serbian province of Kosovo, opponents warned it would trigger separatist violence across Europe.

Now, with the fires of secessionist war still smoking in Georgia and its breakaway provinces of Abkhazia and South Ossetia, the West is wondering nervously whether other conflicts might be about to break out elsewhere in the former USSR.

Independence for the Georgian provinces "would undoubtedly give impetus to independence ambitions" in the breakaway Moldovan region of Transnistria, said Colonel Christopher Langton, security analyst at the Institute for International Strategic Studies in London.

(Deutsche Welle: Analysis: After Georgia, Will There Be Other Separatist Hotspots?)

Now sure, in general, Kosovo + missile shield + NATO enlargement + resurgent Russian nationalism formed the background for this war, and maybe the U.S. has played a bad hand on this score. But Bush administration officials have said for months (i.e., before the war started, meaning this isn’t just post hoc ass covering) that they’ve urged Saakashvili to stay cool. And I believe them. What else would they do, after all? There was never any chance that we were going to provide Georgia with military help in case of a Russian invasion, and it’s improbable in the extreme that anyone on our side said anything to suggest otherwise.

Adam Alteon
Posted by Alteon at 3:42 PM No comments: 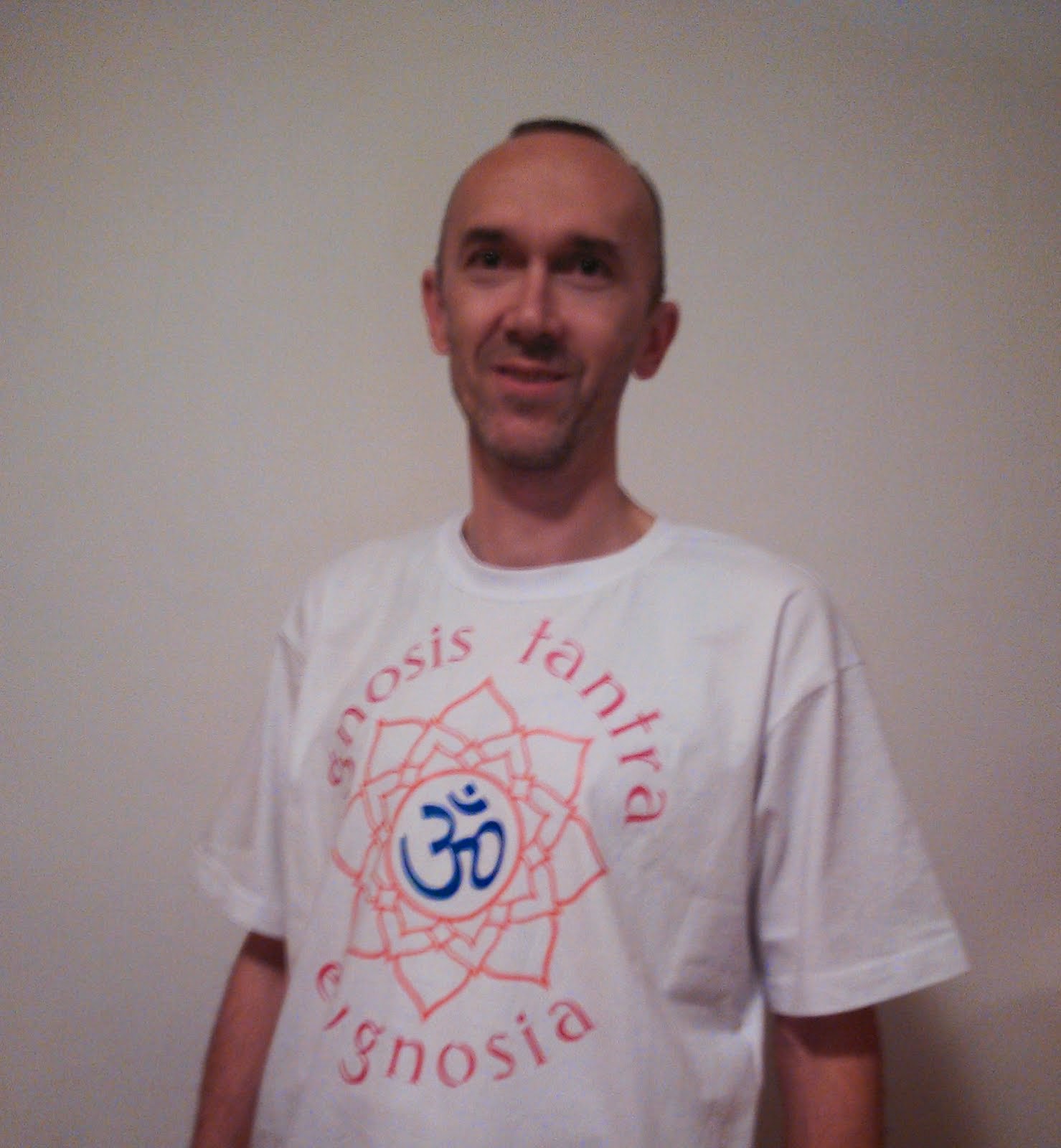 Eugnosia: The Path of Tantra of Thelema blog of Alteon 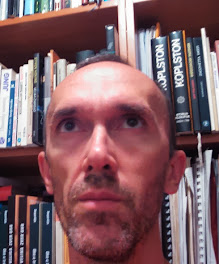 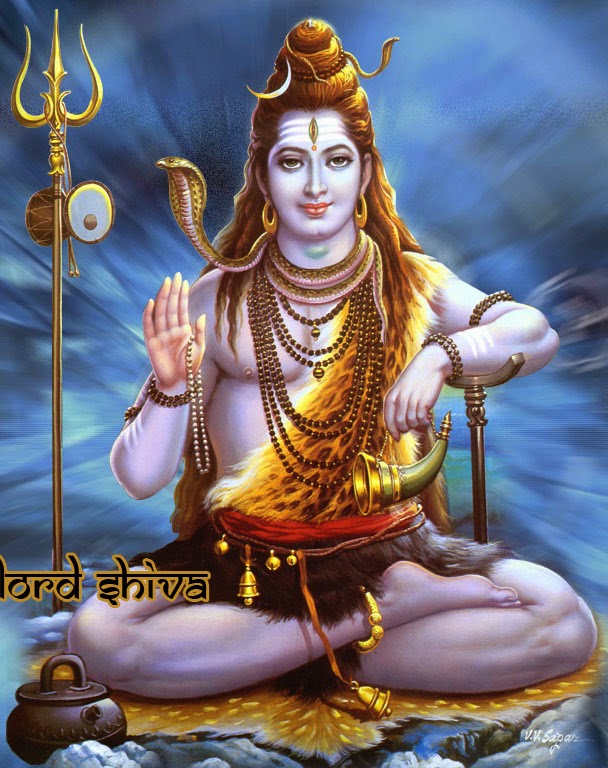 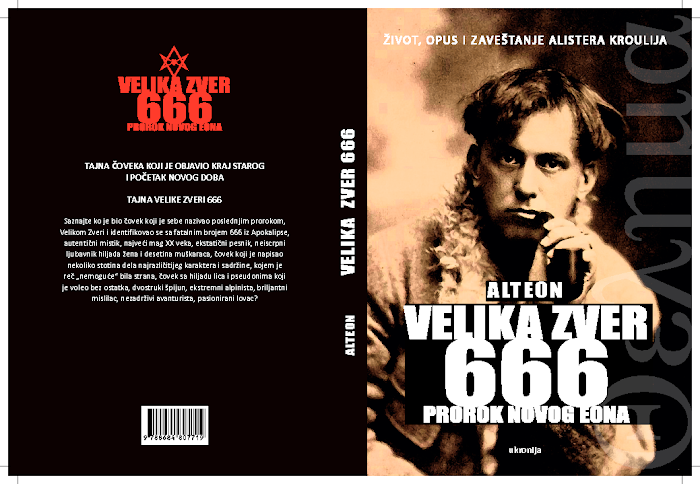 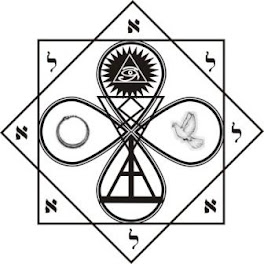 Alteon
LIFE FACTS: Living place: Novi Sad, Serbia Marital status: married Job information: College Professor INTERESTS AND OCCUPATION Favorite methods of the Great Work: Magick, Karma yoga, Gyana yoga, Hatha yoga, Tantra, Divination (Tarot, Yi King). ADAM ALTEON’S SPIRITUAL PATH Alteon has been a serious researcher, writer and practitioner of many paths of Enlightenment for more then 20 years. He is a Thelemite, and his main mission is to do his own Will and nothing else. Alteon has studied and practiced Yoga (Raja, Karma, Gjana), Zen, Tai Chi Chuan, TM, Komaja meditation, and Magick. He likes to describe himself as a researcher of comparative spiritual symbolism. He has been a member of O.T.O. since 1992. e.v. He was also a member of AA, but he resigned from the Order after he had succesfully finished the attainment of Knowledge and Conversation of the H.G.A. in 2003. e.v. Adam Alteon has undertaken this paramount task of delivering the message of Thelema to All.